The laser is the heart of Laser cutting machines. For us, it may be the stuff of science fiction, but for machinists, they are just another tool.

Do ever wonder, how incredible it is when a beam of light cuts a gigantic piece of metal. Nowadays this has become so commonplace. But how long has this been a case? Well, fasten your seat, as today we will be looking back into the extensive history of the “Laser Cutter”.

In the 1940s physicist, Charles Townes along with his team invented Microwaves Amplification by Stimulated Emission of Radiation machine i.e. MASER. It was indeed one of the greatest innovations in technology back then.

Despite having a number of limitations, it was a stepping stone for further innovation.
Later, Townes and his team were trying to push technology ahead and they were planning to replace microwaves with infrared light waves. This was a big NO from most of the experts. This process continues for several years. And finally, in the 1960s, there was a birth of Light Amplification by Stimulated Emission of Radiation machine i.e. LASER by physicist Theodore Maiman.

By that time, the invention of the laser was running very fast. In 1963 Peter HouldCroft from Welding Institute in Cambridge developed a cutting nozzle with an oxygen gas pump. After that, in 1969 three engineers at Boeing were writing papers on the ways of constructing a laser cutting machine to cut hard materials. And a year later construction of the first laser cutting took place in Scotland.

With these constant changes happening in laser there were many hopes of future development.

Before, people were using CNC machines and were working manually to cut the metal sheets or hard materials.

But, with the introduction of technology in the laser field people started using digital laser cutting machines.

Of Course, there were many advantages of using digital laser cutting machines introducing innovative parts like Amada laser parts or Amada parts and so their demand increased rapidly. 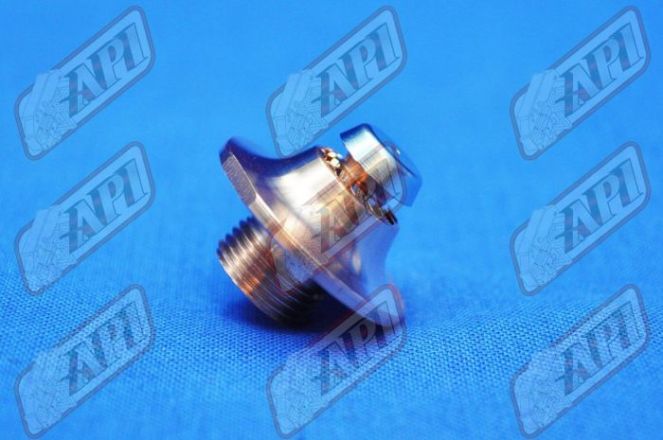 When you compare the CNC punches and laser cutting machines, CNC punches would occupy much space. Though it has sharp and strong presses, it is still difficult to separate metal of any thick sized sheet. As a result, it may create some mechanical issues as well.
And the thicker the metal you cut, the worse the shape of it will be.

Hence, it is important to understand that laser cutting should not rely on physical force, it separates metal without creating an uneven surface.

The CNC cutting edge punch can wear out, whereas a laser cutting machine works on a basis of laser, so it won’t get damaged that much.

Here are some products you can work on for the Laser Cutting Machines.

Laser cutting equipment can create laser cut sheet metal tags. These are useful for manufacturers to differentiate similar parts handling/ washing baskets. With the help of these extra tags, it becomes easy to differentiate with other baskets.

You can engrave a variety of products using laser engraving machines. Customizing and sell them to your customers can be easy.

There is a number of products that you can engrave like keychains, tea coasters, photo frames, pizza oven faceplates, glasses, and many such things.

Engraving on products is a growing new vertical and you can start a whole new business with it if you want to.

Wire mesh baskets are the perfect solution for household purposes and other manufacturing processes.

But, in some cases, it is important to use thick sheet metals along holes cut in dozens of individual steel wires.

Laser-cut sheet metal baskets have complicated shapes to meet specific needs. But, in reality, the strength of these baskets is on the basis of when there are fewer holes in space between them rather than many.

With laser cutting parts like Amada laser parts or Amada parts, you can cut small as well as large pieces of sheet metals. These various cutouts can be useful in making small flat parts or many other products.

You can use them in products like computing drive mounts or miniature fan blades along with CNC press brake or other metal forming equipment.

Laser cutting technology has come a long way. And is still growing. There are a number of things we can create using a laser cutting machine. Shops across the globe now rely on laser cutters for everything. An outlandish theory or idea has joined the lathe and the press as a necessity of the machinery world.